Ferry Corsten's new album 'L.E.F.' features Cubikated!
Credited to Graham Massey, Andrew Barker, Darren Partington & Martin Price.
Presumably the version of Cubikated will be different from this one from 2004.
There's four releases: Europe, Japan, America and other regions. Each one features a different bonus track, but Cubikated is on all of them.
The Japanese release features a bonus DVD too.
Release dates: Holland: 26 May. Japan: around now. USA: July, Rest: ?
http://www.ferrycorsten.com/lef/
Last edited by markus on 24 Dec 2009 01:25, edited 2 times in total.
Top

This is great news. The version of Cubikated I have is from a Ferry set-rip and is fantastic. Cubik is all tranced up and given a big beefy beat. I'm glad he has decided to include it, it may even be a possible single release? I know Cubik has been re-hashed to death but this has to be my favourite take so far, brings it right up to date.

Ferry Corsten has to be one of my top trance artists, I especially like his System F stuff. I'm glad Cubikated got licensed because I thought it would be difficult.

Sleevenotes read: "Cubikated contains the melody of 'Cubic' by 808 State. Respect!"
Cubik definitely seems a very influental track for Ferry. It was almost used on another track, but in the end Cubikated made it onto the album which is great as it rocks!
European release does not feature the Japanese bonus DVD.
Top

Just got the CD today on import. Great stuff. I have a set-rip version of Cubikated and the track is virtually the same.

Fingers crossed for a single release. I would definately recommend giving L.E.F a listen, quite a few dancefloor stompers and a couple of downtempo tracks. There is also a re-working of Punk called Junk which is quite good.
Top

Out in the UK through Positiva on 17 July.
Top

Just about to head to HMV to pick up a copy, maybe we should try to push Positiva to release Cubikated as the third single from the album.

Not sure if I fancy this at all. Ferry Corsten and his ilk represent all that I hate about music.

. Hopefully it can't be that bad if it has a bit of The State in it.

Did Ferry Corsten used to be Moonman, ive got a track fom moonman somewhere and its awesome
Top

Do you really want us to answer that?

dmp wrote:Not sure if I fancy this at all. Ferry Corsten and his ilk represent all that I hate about music.

I perfectly understand, I don't like the other Dutch Trance 'Gods' either, i.e. van Buren & Tiesto. But I guess Corsten is the most acceptable thanks to his love for 808state. I rather like the album, not every single track, but in general.
I'd be surprise however if Cubikated got a single release. After all, it's an old track for him.
Top 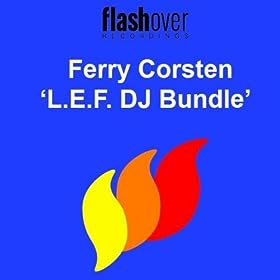 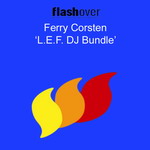