HMV have done well out of us lot. Strange that because they're usually double the price of everyone else.
Top

Proof that Quadrastate was available in April in HMV Tokyo, taken by Graham at the end of April 2008. 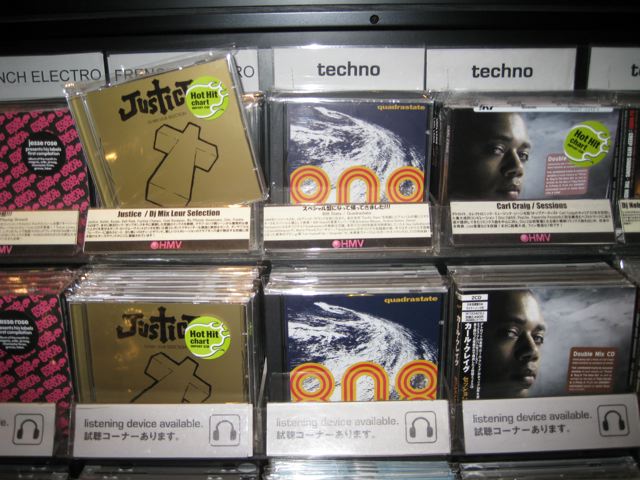 And me proving that vinyl exists too, taken in May 08 (not in Tokyo) 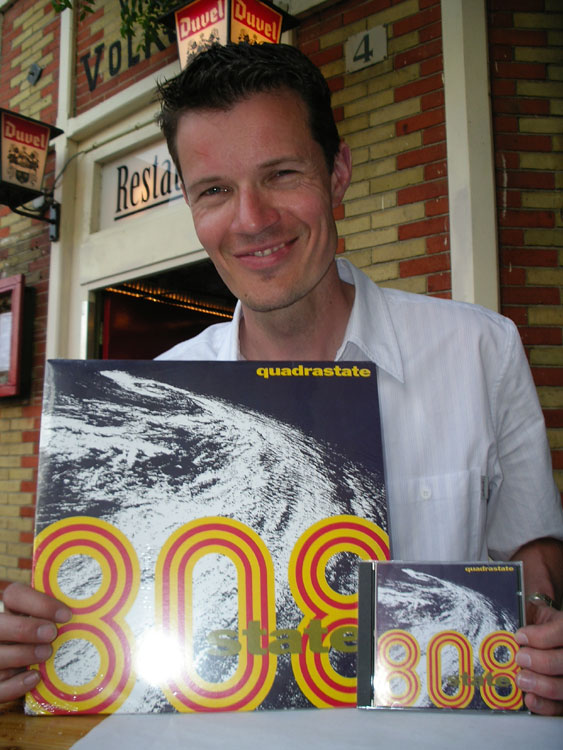 It's a shame it wasn't released over here first. We bang on for years about a re-release and Japan gets it first!!!

I too have cancelled my order with Play and ordered with HMV - they have done well - let's hope it comes on release day!
Top

It's still looking good for release on Monday.

The good people at Amazon sent me my copy and Mr postyman delivered it today!!! Am i dreaming or is it April the 1st again? Hell no i am actually listening to it as i type.
Well it's great to finally have it on CD and i have just ordered the vinyl from my local HMV bless em. Thank you 808 state and a big shout going out to the Rephlex guys you've done us proud.

It sounds great and although the original was a nice album it was a little on the short side in terms of tracks but not any more. The extra tracks are awsome and you can finally call it an album with 13 stompingly great choons. This IS the best 808 album. It rivals 90, voted everyones favourite out of the whole catalogue. I cannot praise this enough. It has made my year.
See y'all later I'm off to see Indiana Jones and the Kingdom Of The Crystal Skull now.

Boomkat have it in stock since yesterday. Their review:

" My word it's so good to hear this album again. Seems like a lifetime ago, but once upon a time 808 State had a top 10 hit with "Pacific State", a track that would spawn a million imitators and more or less define the whole Acid House scene that was slowly inventing itself back in 88/89. Anyway, "Pacific State" opens this classic album and instantly takes you back to those heady days just after the second Summer of Love. The band's rare debut single, "Let Yourself Go / Deepville is included here, together with some other previously-unreleased alternate versions and outtakes. Its the first time ever that the tracks have been released on CD and the entire project has been lovingly remastered, to the customary Rephlex high standards. An absolute classic. ... "
Top

I ripped my CD to my iPod, came to London, and I was walking in SoHo listening to it. Suddenly I entered Phonica (??) a shop I go every time I'm in LDN and they were playing... QUADRASTATE!

I have to admit it gave me the chills.

Got it huh?
Top

Review: ''Rephlex bring us the goodies from 808 states past again with this remastered reissue of the excellent Quadrastate, along with the rarer tracks on Creed, 'Let yourself go' and 'Deepville', and several unearthed and really good tracks from that period too.

The music sounds surprisingly fresh, with an improvised 'live' feeling that is obviously the nature of the set ups they used but also part of the way they worked their tracks. It's a fine time to check them out again!''

So, I guess today is the official release date then.

According to HMV, it's on special order from their suppliers.
Top

It's In the racks at HMV Nottingham! I had to not buy it though as I foolishly ordered it on amazon uk a while back b4 I realised it wasn't actually out then! I seriously hope it comes in the next few days!
Great to see an actual CD there though!
Woo Hoo!