Gerald and Graham were on stage at about 2 am, but it wasn't until the DJ finished his set with Don't Go by Yazoo, that they kicked off the analogue mayhem (around 02:15). Photos to follow, but just imagine a huge deck with loads of analogue gear on it. Gerald on one side, Graham on the other. Every now and then Graham would pop over the other side and adjust a knob or change something. Obviously thoroughly enjoying himself, why he was even dancing! Randomly one of the two would do something that would trigger a smile in the other one. It was fantastic to see them re-united and enjoying themselves.

Somehow bridging the gap between vintage and future, Graham also made use of his TenoriOn. Futuristic sounds, timeless...

The whole set was one long session, no interludes. Well, there was one (probably unintended), where the crowd started cheering, but the set went straight on. After about an hour the acid squelches started getting heavier and in parts it reminded me of Prebuild stuff. They also shouted stuff into a microphone, making weird noises.

They finished at around 03:45, which made it a good 1 1/2 hour set. Graham was very surprised when I told him, he had no idea how long they had been playing for.

Now, did someone record it? Well, the battery of Roland's bootleg minidisk recorder gave up after 20 minutes... Whether there's a recording from the mixing desk only Graham will know. Let us pray.

Will they do it again? I hope so, but the magic of this night will be hard to recreate!

Thanks to the guys from Wang for making this very special event possible!!
Top

Photos from a blog elsewhere: Thanks. However photos using flash don't really do justice to the event. Let's upload ours asap

Unfortunately, most of my good ones use flash...

plus a Roland or Korg sequencer, a large Red Synth to the back of the stage and of course the original acid equipment that is the Apple Powerbook

Got some nice movie clips on my camera if a little blocky due to the low light levels and of course quite a few good pics.

Is this a one off Graham or would you consider bringing it to Glasgow via the correct promoter and venue?
Top 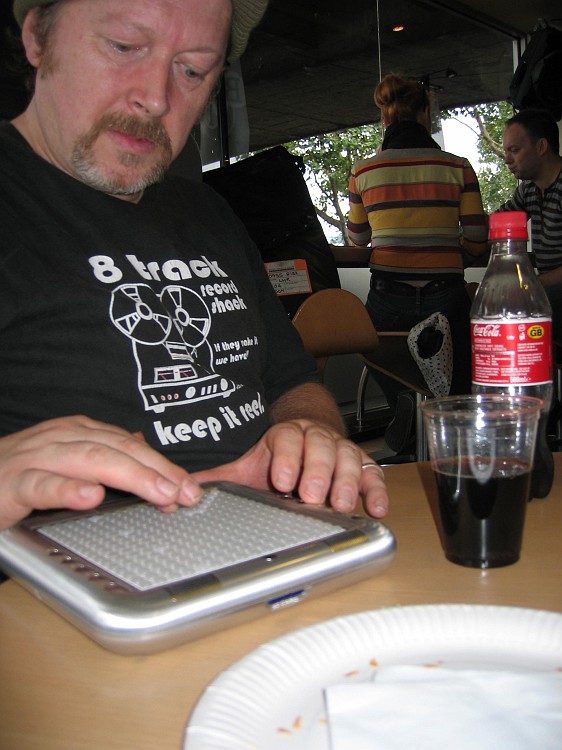 Graham warming up his Tenori On.
Top 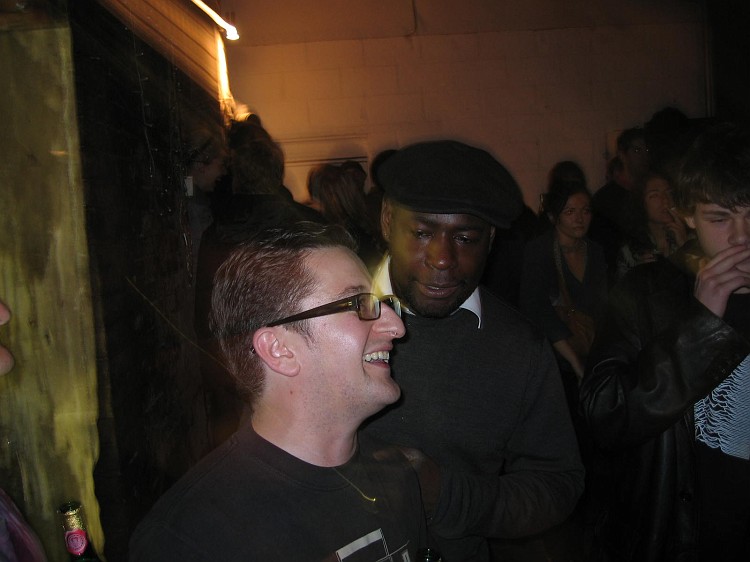 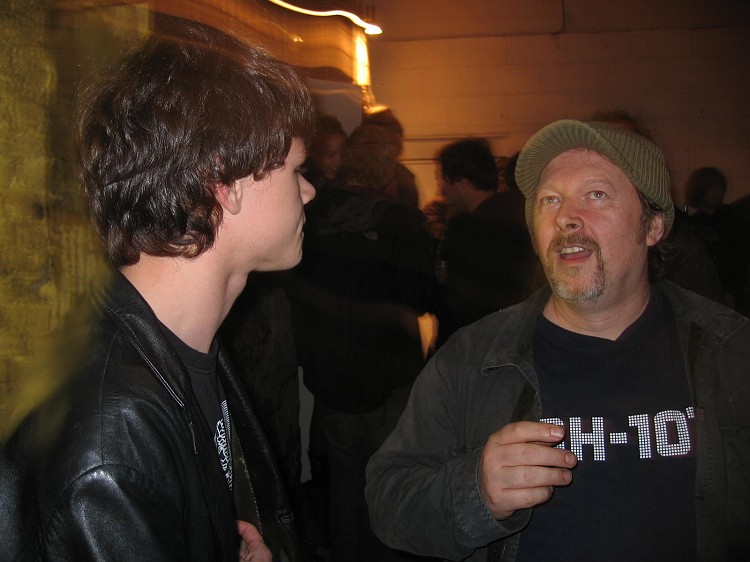 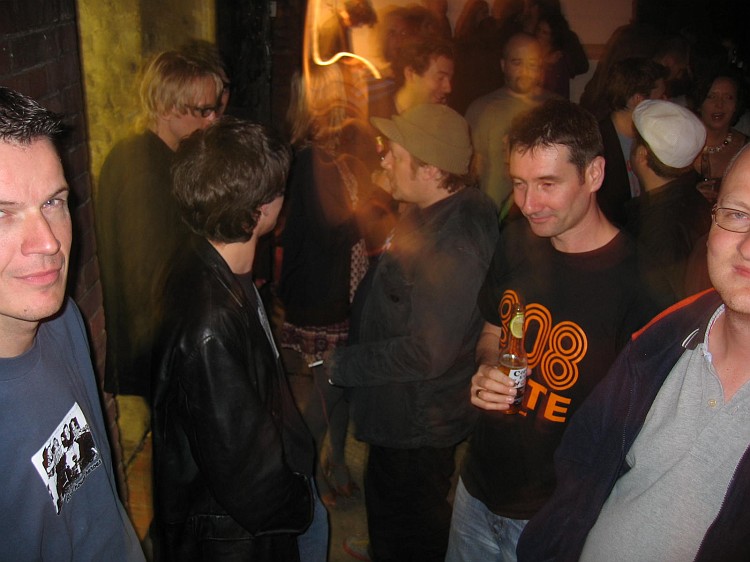 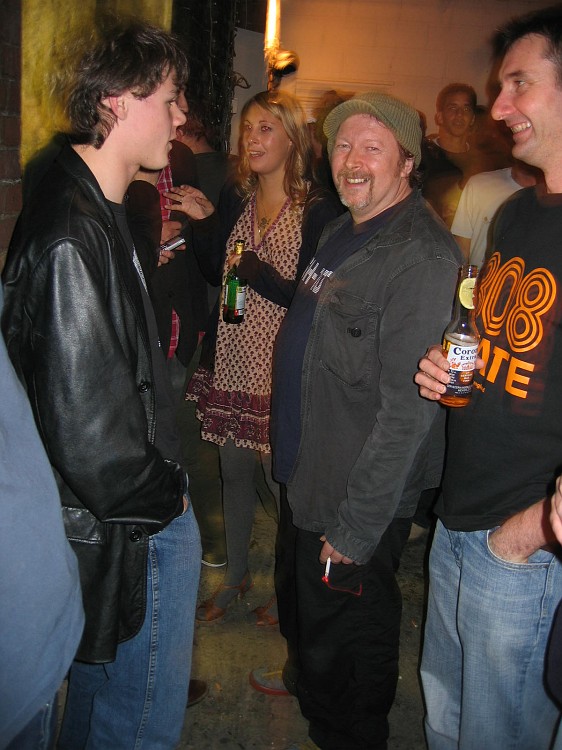