Have 808 ever met the KLF? Apparently the KLF sample "Pacific" somewhere in the 44min "Chil Out" album (according to Wikipedia). Then we have 808 / Tunes and KLF sampling "The Big Country". Plus KLF have a 808 Base mix of either WTIL or 3AM and according to RC magazine "Tunes Splits The Atom" samples 3AM.

Well both groups sample well, like, just about anything. (OK on their early stuff only) and both groups create live versions by adding crowd noise to studio concoctions. Both groups release different UK, JP and US pressings of the same release and both groups rename their tracks at will.

And finally. Nicky Locket and Drummond sure ain't no Eminem. Oh now finally, both groups have promised repackages of early work which never materialises

This might answer some of your questions...:
http://www.discogs.com/release/49936
http://www.klf.de/glossary/index.php?entry=9
Top

I've forgotten that link, Markus - thanks for pointing it out!

As I was trying to point out, it was the Moody Boys that made the 808bass-remix of "Last Train To Trancentral".
Top

I know the facts, but i need the conspiracy theory. Why were 808 State on ZTT in the first place? There's no TH productions. And why Tommy Boy which is an African American Rap / R&B label. 808 deal out 50 free DL tracks. Two free albums of remixes and do free gigs. Doesn't that sound KLFish?

And the 808 colabs are odd. I always felt that 808 purposefully commit financial suicide. Truth is guys, i love them but when i heard "Bond" (off the pre-tape) i wondered what the h ll it was.

Don't get me wrong. I buy all i can get (ask Markus) but tracks like "Pump" and "Skin Up Pin Up" hardly do them or their collaborators justice. Honestly i was a dj and the idea of putting on THOSE tracks never entered my mind.

After hearing "Yakuza" i thought 808 would go trip hoppy. I'd never dictate to them but hell even U2 is more danceable.

Don't think there's any conspiracy theories, but here's a couple more things to add to the fire!

- Graham and Jimmy Cauty were both involved in the Blue Pearl project
- 808's original website was feedback.com - managed by Kier (also involved with both Jimmy and The Black Dog)
- Both 808 and Jimmy remixed tracks for The Black Dog's remix album on Hydrogen Dukebox
- Graham has been involved with remixing a track for Blacksmoke (which used to feature Jimmy Cauty)

As for the less dance-sounding tracks, I guess that's a general musical process - i.e. making music different to what you did before... Sure, they could do as they did with Cubik/Olympic/In Yer Face, and continue to make music with similar chord structures, but trends change, and that was probably just part of the 90/91 musical trend...

Totally agree with Nick. And in answer to Lionel's comment on Skin Up Pin Up - it totally rocks, one of my fave 808 of all time! So, just a question of different tastes.
Top

markus wrote:Totally agree with Nick. And in answer to Lionel's comment on Skin Up Pin Up - it totally rocks, one of my fave 808 of all time! So, just a question of different tastes.

I love 808. I just thought that, well, acts like to make money. Clearly the KLF and 808State don't. Basically Masun fans buy Mansun and 808State fans buy 808State. Who buys the collaborations? G d knows. You know the flack we faced from REM fans back in 1996 after the King Of Comedy remix. I love it. REM fans hated it. Come on Markus. I know you only play the dub / instr versions of Sun Arise and Halo. And i cannot fathom why Radio has vocals.

808 don't need vocals from odd acts like well just about everyone. I still think that Exel is an EXELent album

Let me fan the flames of the conspiracy theory even more...

Watch the video for LIFT and freeze frame it just as the first caterpiller comes into view.
Top

Ive never noticed that before, interesting, so whats the story behind that ?
Top

De Lillie wrote: I know you only play the dub / instr versions of Sun Arise.

One of my favourite tracks - love Rolf Harris, so love the vocal AND dub/instr versions of Sun Arise.


De Lillie wrote:808 don't need vocals from odd acts like well just about everyone. I still think that Exel is an EXELent album

i remember back in 91 when lift video had klf on the caterpillar,

also look out for the klf video last train to trancentral and spot the several 808 logo's (when the hornby train whizzes by)!!
Top

Sorry about the awful screen grab, but it gives you the idea. Could someone do a grab of the 808 in the KLF video? 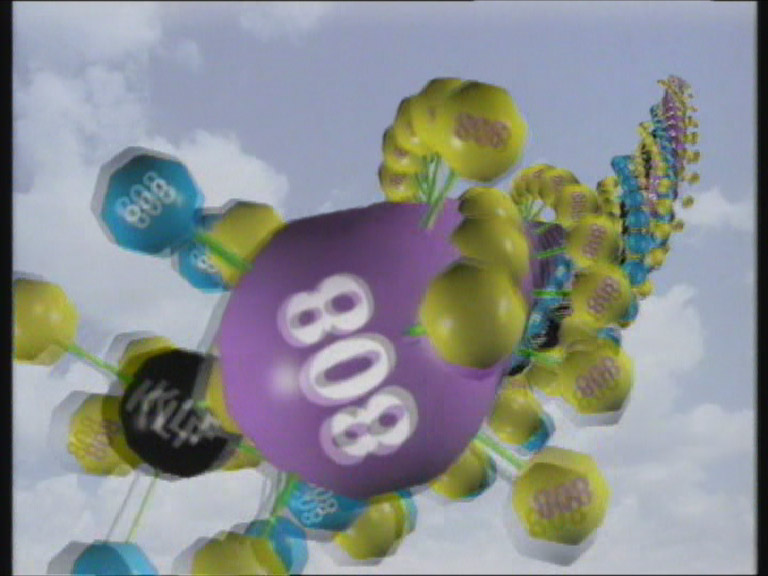 I seem to remember in one of the videos from "the white room" there was a sign with 808 next to some railroad tracks....I check my collection to see exactly what it was....
Top
Post Reply
25 posts