Not officially confirmed yet, but as it was announced by the organisers I thought I'd put it up as a rumour... Tilburg is in The Netherlands. http://www.incubate.org/2013/ 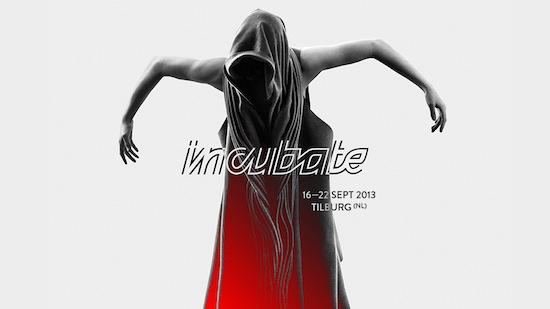 Obviously not as cool as the Acid flyer, but still nice to see 808 State & Front 242 on one flyer 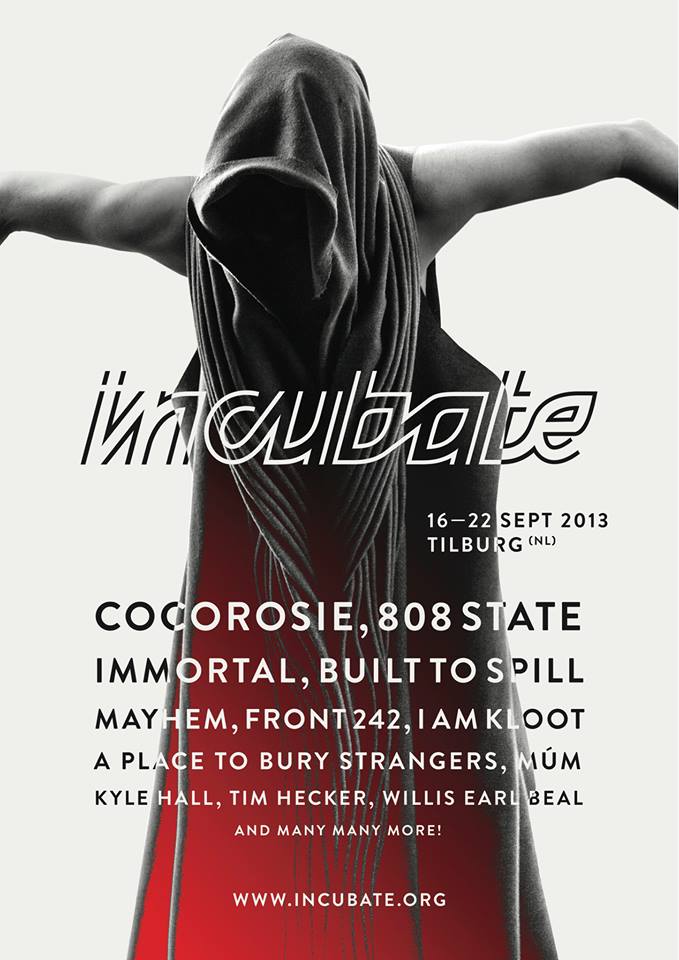 The MC is bawling away in broad Manc, ‘ladies and gentleman make some noise’ he bellows whilst another scal tweaks his keyboard, behind them a rhythm section is locked into an eternal groove and a much older figure lurks in the shadows playing all manner of keyboard parts, some guitar fragments or an alto sax- they don’t look anything like a band but they certainly sound like one- big, stomping anthems built round ERK ERK ERK riffs and clattering, tumbling beats that double and triple up to create an effective and powerful call to dance to the packed room that reciprocates with pleasure.

It’s been some time since me and 808 State were sharing venue space and on tonight’s form that’s too long because the Manchester group have never sounded better.

Tonight’s set is a powerful reminder of all that is great about the group that put the acid into acid house. They sound so on the case, so contemporary that you wonder why they just play these sporadic shows- here is a band that could tear the festival circuit up wherever they played from dance festivals to indie festivals and even a slot at Download, the metal festival, where their big riffs would really connect.

For this is a band that operate beyond boring stuff like boundaries- for sure they came out of the E haze of acid house but they were there before, f***ing about with hip hop and trying to find a space of their own before creating their own version of acid between a youth crew of hopeful young rappers- the Spinmasters, a whizz kid young genius mixer called Guy Called Gerald and an older prog and free jazz post punk head called Graeme Massey whose musical brilliance translated the brilliant ideas of his unlikely cohorts into a strange and yet addictive new musical alliance that managed that neat trick of being perfect for the times but on their own terms.
They hit big in the so called baggy days of acid house when Madchester was the thing and everyone talked of indie bands going dance and forget that 808 State were selling out 10 000 capacity venues in Manchester with their curiously brilliant mixture of acid, proto techno, kraut rock, free jazz, hip hip and kronking rock style riffs banged out or primitive keyboards.

They were years before big beat and years before the Prodigy- they were genuine musical innovators like no other band and much copied and much respected within the dance community. They came out of the tear in the culture fabric of acid house and went off on their own tangent.
Tonight, though, they are breaking out yet again- this is no nostalgic dust down, a party for creaking old E heads, somehow they have reinvented themselves yet again which is really fitting in a gig that celebrates the 25th anniversary of acid house with one of its key bands moving forward. Acid house has been smudged from the musical narrative but it’s one of they music movements of our times that has had a profound and massive musical and cultural influence. The E’s melted away the British uptightness, mass raves sparked off the current festival circuit, a raft of new technology came into music and machines were taught to dance- 808 State were a big part of this process.

The added rhythm section really twists this around and gives the band an extra rhythmic power and propulsion and rock muscle that gets the big, packed hall jumping. The sound is crystal clear and powerful and the variation of music and the dynamics between the beauty of some the more ambient moments contrasts neatly with the three note stabs of the big riff anthems that are dark and almost industrial in their pounding power.

True innovators, they still sound ahead of the game, they may be known as Hacienda classic or retro acid house but that’s an unfair ticket, 808 State are out their own their own and remarkably don’t sound tired but are still pushing forward making their unlikely fluxus of sounds really work whilst throwing a great Manchester bloc party.

Sounds good. It doesn't sound like a Christian church concert.

I like how they extended Time Bomb with an acid ditty at the end.

Some mad scratching from Daz on timebomb too!
Top