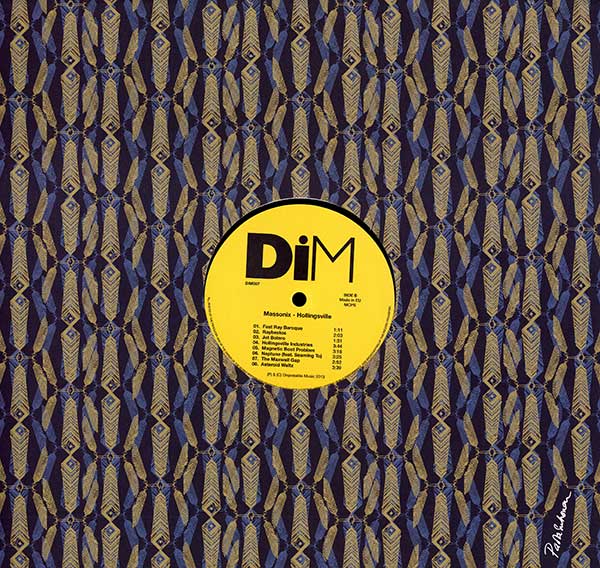 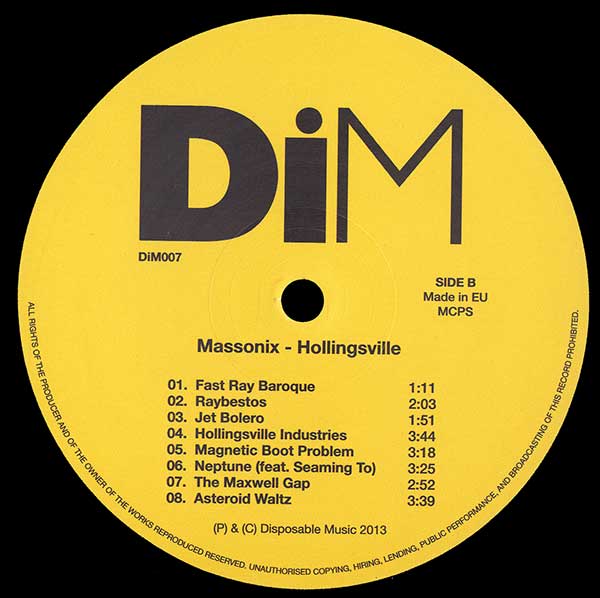 "The music found on Graham Massey’s Hollingsville record was originally created for a twelve-part radio series on Resonance 104.4 FM . The series, Hollingsville, was conceived and presented by writer Ken Hollings and would focus each week on a different aspect of man’s historical relationship with technology. Informal discussions with a series of specially invited guests were accompanied by custom-built theme tunes by Massey, His approach was intentionally leaning toward the Bakelite and hot valve nostalgia of a some forgotten Expo or World’s Fair.

The resulting Hollingsville soundtrack exercises Massey’s authentic knowledge of original analogue machines in their rawest form and triumphantly draws comparisons with the likes of Henk Badings, Oscar Sala and Kid Balton from the pre-synth era of electric keyboards and tape manipulation. Enlisting the talents of long-running collaborator, opera singer Seaming To, Massey dons his seldom-used Massonix moniker and produces some of his best conceptual music yet which, by design, promises to withstand the tests of time and technological trend."

Two electronic Gods on one piece of vinyl? Must have!
Top

If you don't like vinyl, you can purchase the album digitally here....