On 12 October, National Album Day, 808 State will be holding a micro rave in Piccadilly Records Manchester. The party starts at 16:30 and includes album signing. Tickets can be purchased here. Also see the Facebook event page. 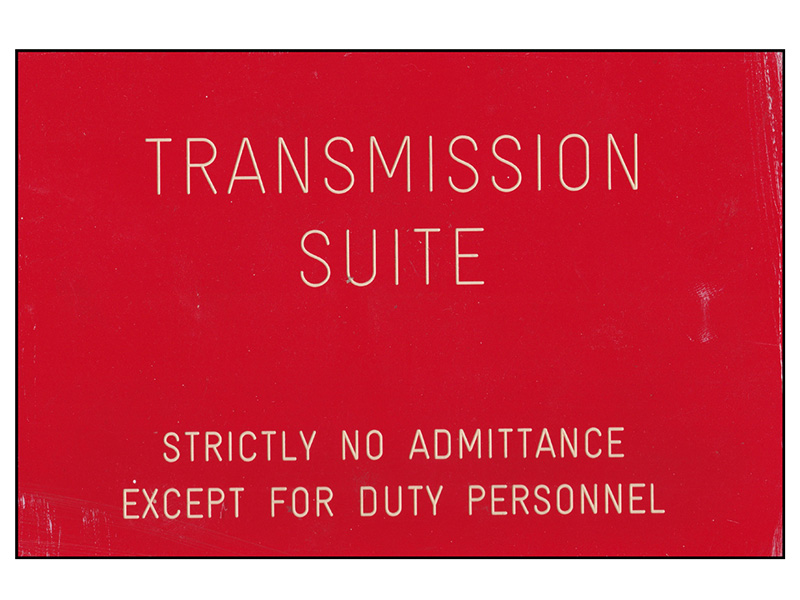 No pre-booked family long weekend holiday excursion to Wales is going to stop me from attending this 'once in a 30 year event'. See you there!!
Top

Note that the event continues at 33 Oldham Street from 6pm

Wish I could be there, all sounds very cool!
Top 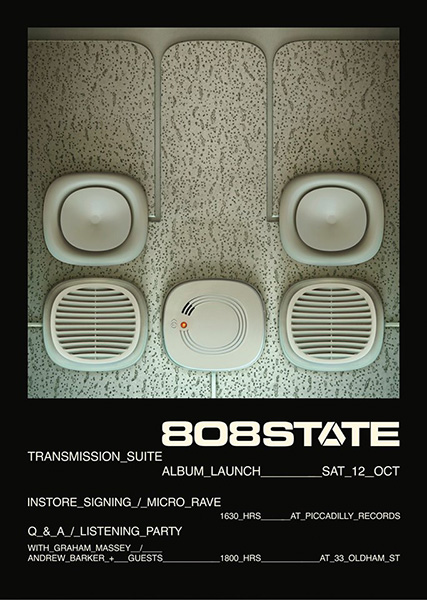 After a 4 track ‘transmission suite’ live onslaught in a corner section of Piccadilly Records, along with album signings, it was then on to a Q&A session further down the road. A trendy 3 tiered bar, with 808 occupying the middle tier floor.

The facilities centrepiece soundsystem was apparently out of action as a drink had been spilt on them, but replacements were found for this epic event.

The questioning revolved around the origins of 808 State before jumping 30 years to the new album and the fact that 808 were once again in Oldham Street, the place they were born. A very fitting location.

It was then that Graham played some super rare footage from The Other Side of Midnight, fronted by Tony Wilson. So rare that Graham asked for it not to be recorded as it was not even on YouTube. So rare that the footage was in fact of what was to be known as ‘Pacific State’, but at the time of recording it had no name. Tony Wilson mentioning that the track had only been completed 4 weeks ago and was nameless. Amazing!!

Tracks from the album were played during the interval rather than a discussion about each.

Jumping forwards, questioning revolved around the visuals and artwork for the new album. Both the photographer and the cover designer were sat in the audience.

As the theme for the album and it’s EPs are very much ‘Granada’ related, I didn’t notice until it was pointed out that the ‘0’ on the front cover of the album contains the Granada symbol reversed. Chatting to the designer at the end, who happened to be sat next to me and Simon during the talk, he pointed out that it took him 3 months to complete the design, rather than the expected 2 weeks.

The main centrefold image in the album of the ‘transmission suite’ studio taken from the ceiling, is a composite of 200 images pieced together to create the full 15 metre studio. What Graham didn’t realise and is interesting to note is that this spells out G and A for Graham and Andy.

During questioning it was noted that out of the 3 hours of material that 808 have recorded, it was decided that this album should not contain any tracks that have guitar riffs. It was obvious that deciding upon the final track listing for the album was a huge challenge and split hairs. Hopefully the unreleased tracks that didn’t transmit on this occasion will be more at home on a differently themed album further down the line.

With live tours in the offing, lets hope this is a resurgence, and that this is only the start of another chapter in the 808 story.
Last edited by SteveC on 14 Oct 2019 22:25, edited 2 times in total.
Top

Gutted I couldn't make it.
Top

Thanks Steve, very interesting review, thanks for the photos too, to be uploaded asap.
Top 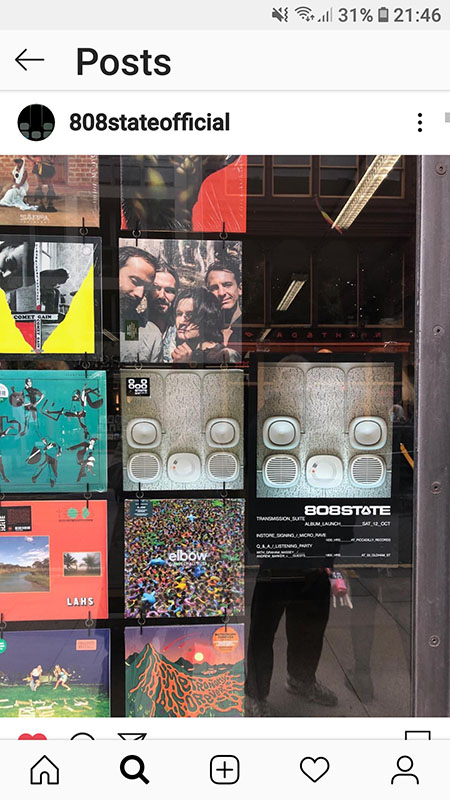 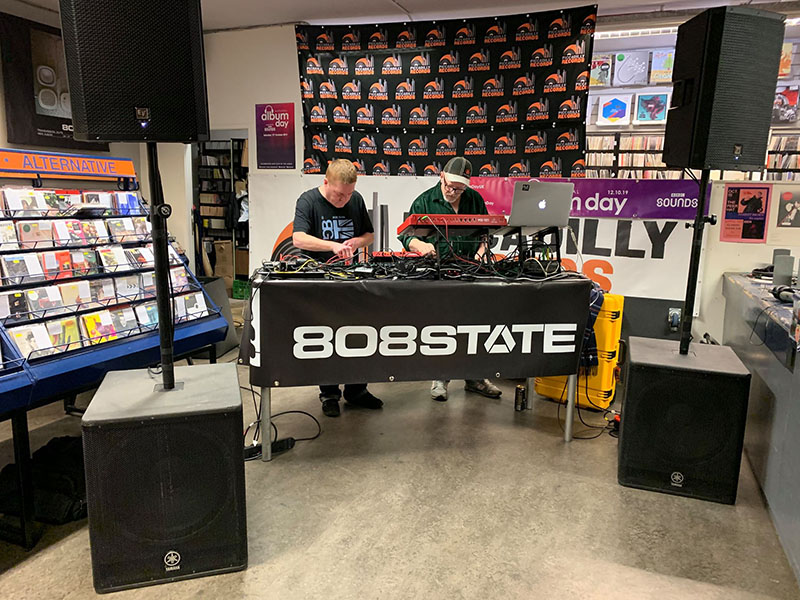 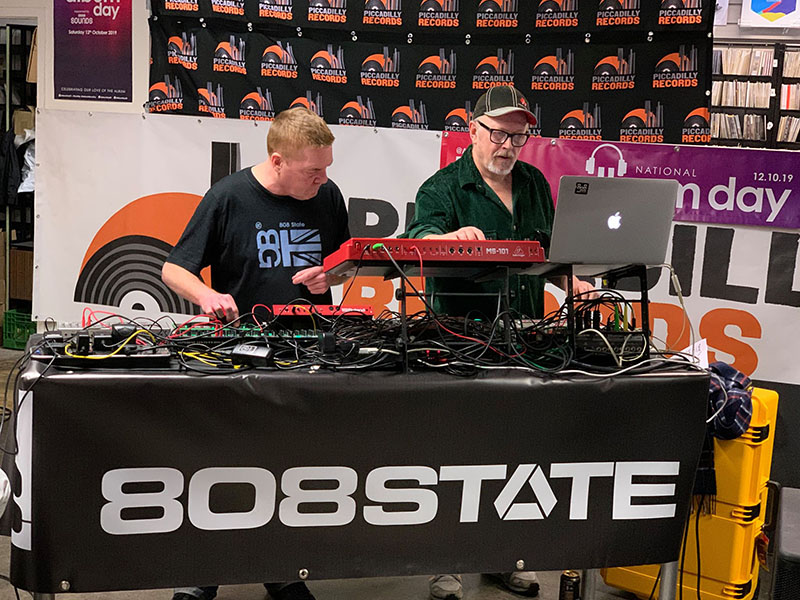 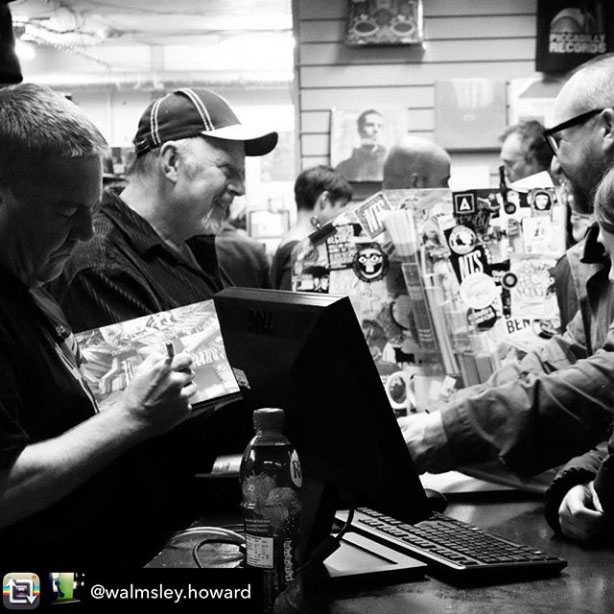 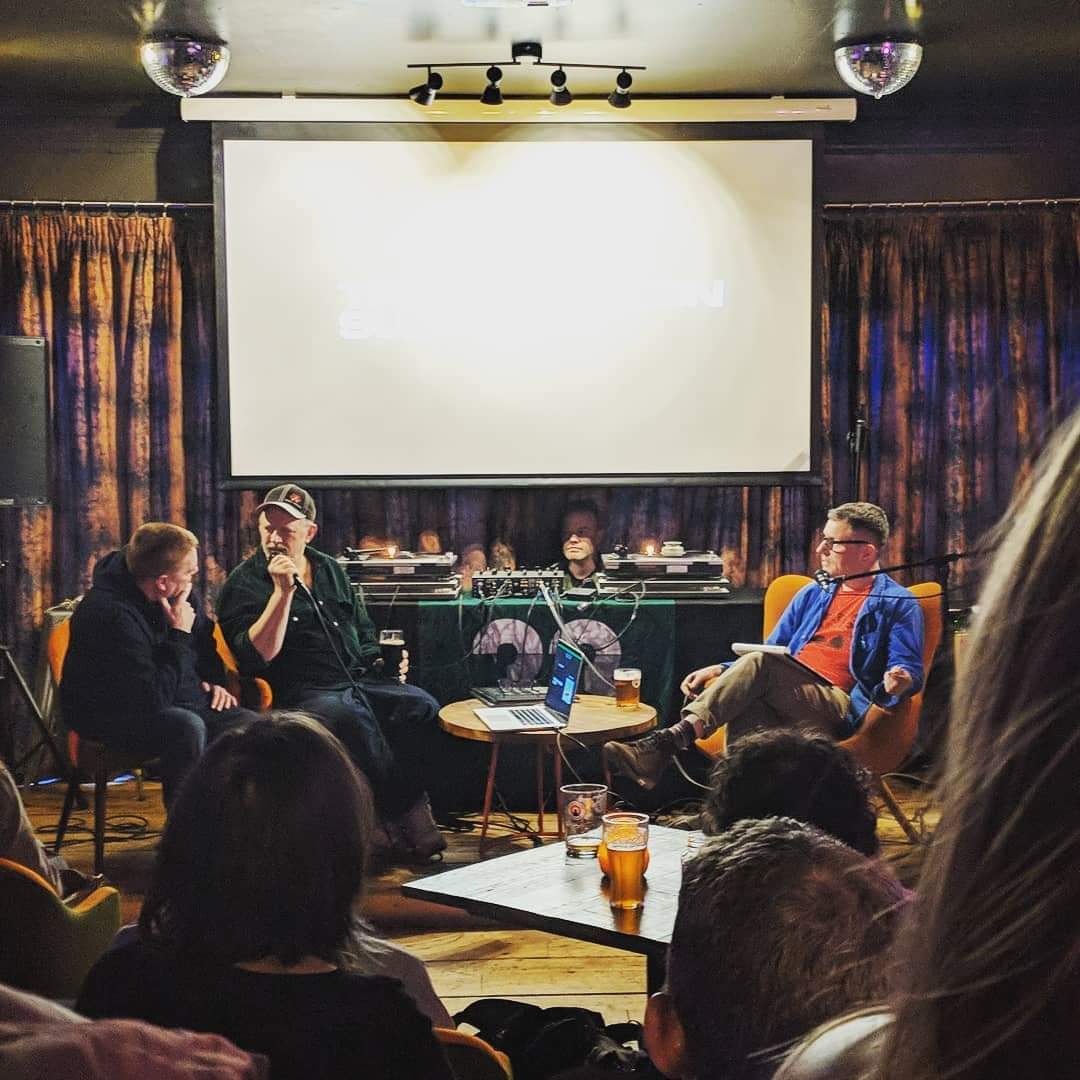