Dance music icons 808 State and The Orb freshen up Francesca Lomabardo’s ‘Call Me Wrong’ taken from her debut album ‘Life Of Leaf’.

Francesca Lombardo releases the stunning new single Call Me Wrong, a track which first appeared on Francesca’s debut LP, Life Of Leaf. Given a new twist for 2020, the track is a brand new version incorporating live elements from the Giant Steps London show. Special remixes follow from respective UK heroes The Orb and 808 State alongside Francesca’s own club interpretation.

Following the debut album Life of Leaf, an LP that merges the world of electronic music with her classical upbringing, alongside her Life of Releaf project that tackles the issue of climate change and deforestation, Francesca Lombardo’s work isn’t just art alone, but a powerful statement to the world. A mesmerising video shot at her debut live show of the album at Giant Steps, inspired by Talking Heads and Suspiria, will support the single. London club heroes and pioneers of the ambient house genre, The Orb recently announced news of new album Aboilition of the Royal Familia – Alex Paterson’s 17th LP released in March 2020 features inspired tributes and impressive collaborations, with a full UK tour to follow in May next year. A name synonymous with the glory days of acid house, 808 State recently returned with their first album in 17 years, Transmission Suite, recorded at the famous Granada Studios in Manchester.

‘Call Me Wrong’ shows Francesca at her most impassioned as her enchanting vocals and dazzling synths wrap around a timeless, heartfelt piece. The Orb add their uplifting stamp of wide-ranging dance music influence on the first remix, while 808 State switch the vibe, with unique off-kilter percussion, eerie chimes and distorted vocals. Finally Lombardo crafts the original into a dance floor driven weapon, with a deep and infectious groove for the later hours.

The ‘Call Me Wrong’ remix package will drop on Electronic Elements from February 21st, 2020.

“Both 808 State and The Orb are two bands I have followed since arriving in London in 1999 when I was introduced to their sound. I am honoured to have them as remixers on my last single “Call Me Wrong”, a live version of the album track taken from my gig at Giant Steps back in April 2019. I couldn’t have asked for a better way to wrap up this project. Both remixes are superb and by two legends in electronic music!” Francesca Lombardo

Link to original track on Soundcloud 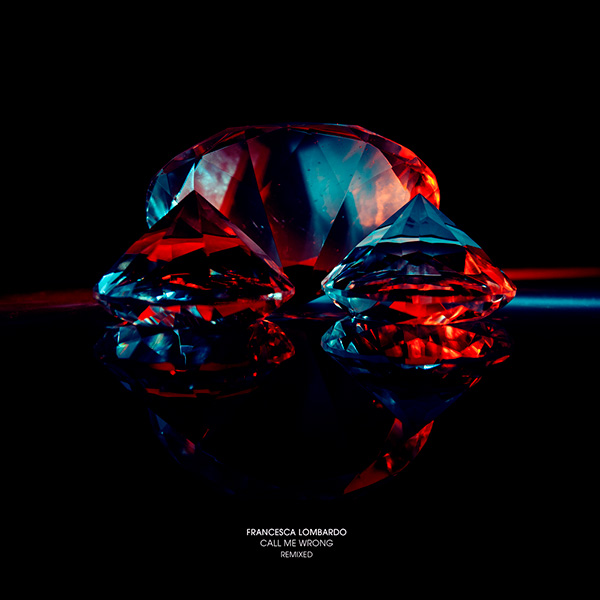 The 808 State remix is now available for stream on Soundcloud via DJ Mag.

Francesca Lombardo has shared a live version of her track ‘Call Me Wrong’, with accompanying remixes from legendary UK electronic acts 808 State and The Orb.

Originally appearing on her 2019 album, ‘Life Of Leaf’, the live version of ‘Call Me Wrong’ was recorded during a set in London’s Giant Steps in April last year.

Speaking of the single and its remixes, Lombardo said, “Both 808 State and The Orb are two bands I have followed since arriving in London in 1999 when I was introduced to their sound. I am honoured to have them as remixers on my last single… I couldn't have asked for a better way to wrap up this project. Both remixes are superb and by two legends in electronic music!”

As well as 808 State and The Orb’s remixes, Lombardo has also shared her own rework of the original track, the ‘Into The Night’ mix.

Check out 808 State’s remix below ahead of its official release this Friday 21st February."
Top