removed for the time being until I get my facts straight!

I've made the picture a bit smaller.

I can clear up the confusion, I created both tracks Hybrid and Sector II with my partner in crime Mick Edge. We crashed into 808s radio show one evening with a 1/4 tape of Hybrid, Daz and Andy played it live and it got a good response. Daz wanted to release it so we want back to the studio and created Sector II.

After the success of this little number we then went back into the studio (a very expensive studio) and created two new tracks, the first was called Warrior of Hip hop and featured Ragman and a sample of Franky goes to Hollywood the second was called Essence23 both tracks were produced by 808 states producer at spirit studios Manchester. The tracks never got pressed however there is a DAT somewhere that is worth a fortune. We nearly got signed to ZTT but Mr Horn took some offence to Franky's sample.

Got to say Thanks to Daz and Andy although never got rich we both had 3 years of big FUN.

Weirdly Hybrid has been chopped and reworked at my studio ready for a remix.

I hope this helps guys
Top

Fantastic stuff, many thanks for the insight Shak!

Graham can't remember producing it, might the producer have been Mike Haas (producer of ex:el album at the time)?
Top

Love the spelling on this one 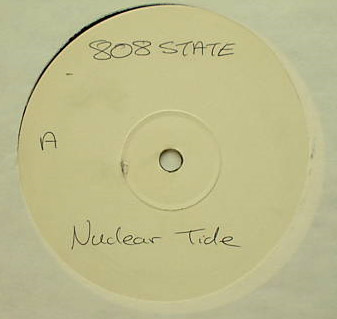 I can see why people get confused

shak wrote:Weirdly Hybrid has been chopped and reworked at my studio ready for a remix.

Let us know when we can listen to it!
Top

Found myself a reet cheap copy!

I remember this chune. It was played on a community radio station in Dallas that played Konzept - Hypnotic Beats and stuff like that from th 89', 90' period. A short lived show.
Top
Post Reply
24 posts