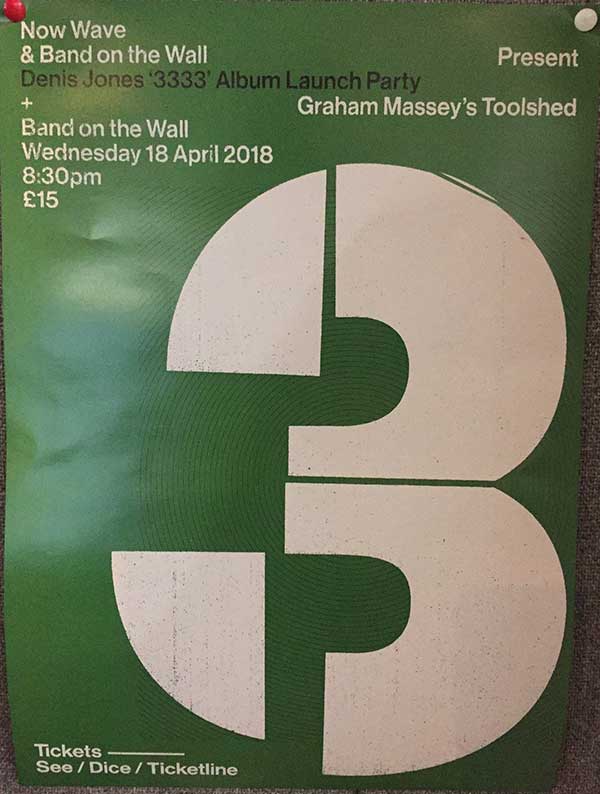 This coming Wednesday (18th April 2018), Toolshed will be playing live at Manchester's Band On The Wall in support of Denis Jones' album launch.

And Graham's posted a Mixcloud mix of previous Toolshed/Biting Tongues appearances at Band On The Wall:

"Ahead of our gig Band on the Wall next Wednesday (18th April) .I have taken a load of BOTW gigs I was involved in over the years and made a mix . I first played there in the late 70s and have seen so many musical heroes play on that stage -its a sort of music church. Looking forward to playing with TOOLShed (Paddy Steer ,Sam Healey & Craig Hanson and excited to hear the band that Denis Jones has assembled for his album launch, It should be special !"