Toolshed will be playing live at the Preston Jazz & Improvisation Festival on Sunday 2nd June 2019. 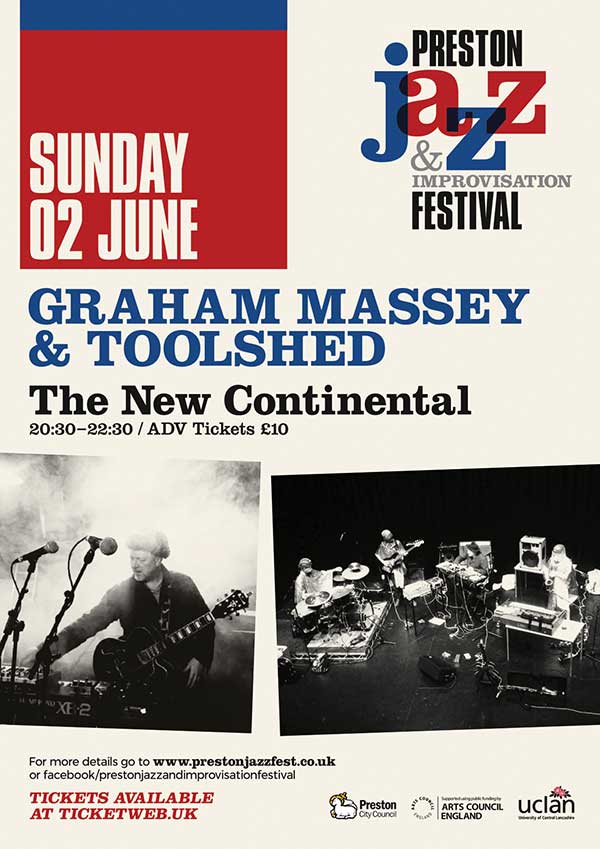 The venue will be the New Continental.

"Graham Massey is a multi-instrument musician, accomplished on keyboards, guitar, drums and Soprano Saxophone and a proponent of experimental jazz-rock. A prolific writer and producer, his rich ability to move between, and blend genres creates a set of wildly free ranging music.

Graham was a founding member of the seminal and internationally successful electronic group 808 State and his collaboration, remixing and production list reads like a “who’s who” of contemporary music from the past 30 years, including the likes of David Bowie, Quincy Jones, Bjork, Goldfrapp, SMD, Primal Scream, YMO and many others.

TOOLSHED started as an electronica club in Manchester’s Northern Quarter of the late 90s, playing host to many of the post rave improvisers such as Autechre, Mathew Herbert, Kieren Hebden & Squarepusher. Graham Massey ran the ‘house‘ band made from a revolving line up of local improvisers invited to jam around his computer and vintage synthesiser collection. Twenty years later the project continues the idea with a line-up of some of the North West’s finest musicians performing a special set to be recorded live!